Google LG Nexus 5 Comes To India, Is Sold Out Within Hours Of Launch 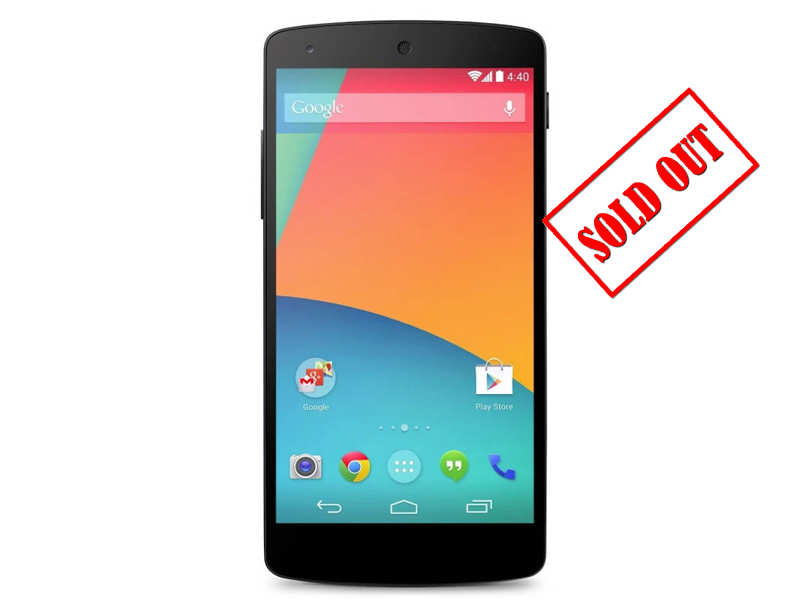 Advertisement
Advertisement
has brought the most coveted of all devices to for a whooping of Rs 29,999 (16 GB ) and 33,999 (32 GB). again partnered with LG to bring their next generation of Android phone. And quickly after the global launch they have brought the device to India. This is probably the fastest launch we have seen by LG in recent times.

Specs-wise the has a five inch full HD display, 16/32 GB onboard memory and 2 GB of RAM. It also boasts a quick Snapdragon 800 Quad-core processor which works at 2.26 GHz. However what takes the cake here is the spanking new operating system this phone has. Yes, the LG Nexus 5 has the fresh KitKat Android operating system, which infuses life in to this phone. As far as the power is concerned, this phone has a 2,300 mAh Li-Polymer battery.

But the biggest surprise came when Google Play store put the sold out tag on this device, hours after the launch. However, the numbers of units sold in India are still not clear. World over the phone has been acclaimed as one of the best Android phone ever built. To read the full review of the phone click here.