Advertisement
Sriram Iyer
Mar 20, 2020, 10:46 IST
The spread of coronavirus in India as of March 19. India has tested some 14,175 people from 13,285 individuals as of March 19, a very small number compared to the possible threat of contagion in a country of 1.3 billion people.
Top DealsView all Offers
Furniture
PC & Laptops
Grocery
Large Appliances
Fashion
TV
Amazon Devices
The Covid-19 pandemic is an unprecedented crisis that has exposed many governments around the world and India is hardly an exception. Indian Prime Minister Narendra Modi's call for ‘janta curfew’ is the latest in a long string of reactions that falls short of ‘taking the bull by the horn’.
‘Janta curfew’ is a unique proposal for a voluntary lockdown to be implemented and supervised by citizens. However, as of now, the voluntary shutdown on Sunday (March 22) looks like a symbolic one that can later be extended, if necessary. People engaged in essential services can continue with their work.

This was a laudable gesture by Modi, especially given the nature of India’s democracy where most people still do not seem to take the coronavirus threat seriously, not yet. However, quantifiable preventive actions and relief measures are as necessary as qualitative calls for safety and social distancing.

Advertisement
What is missing in these are steps to increase testing and detecting potential coronavirus victims to contain further spread. India has tested some 14,175 people from 13,285 individuals as of March 19, a very small number compared to the possible threat of contagion in a country of 1.3 billion people.

There is also a lack of ideas on how to ease the pain in the economy that has been choked in the last few weeks. "It may be advisable to request government to issue an appropriate general order that all actions which under various statutes, notifications,orders have limitations of March 31,2020 ,shall stand extended to 30th April,2020," Ved Jain, former President of the Institute of Chartered Accountants, told Business Insider.

Here’s a look at all the steps taken by the central government in the last few weeks.

Jan 31: Indian Army set up a quarantine facility to monitor 300 Indian students returning from Wuhan in China, the centre of the initial Coronavirus outbreak.
Advertisement

For the next one month, the government was busy with first the Union Budget on Feb 1 followed by the Delhi elections the next week. Soon after that the entire government machinery went on an overdrive preparing for US President Donald Trump's visit to India in the third week, which was followed by the deadly riots in Delhi that had captured the entire nation's attention while the coronavirus was spreading around the world.

Feb 27: Over a month after China’s lockdown of the Wuhan province on Jan 23, special flights of the Indian Air Force and Air India arrived in Delhi with more Indians and foreigners from Wuhan and the quarantined cruise ship Diamond Princess in Japan.

These are the coronavirus quarantine facilities in India


March 13: Indian government notifies masks and hand sanitizers as ‘essential commodity’ until June 30 to check the spiralling prices. The prices had spiked by as much as 20 times on online shopping platforms nearly 8 days before.

Advertisement
India became the fifth country after the US, China, Japan, and Thailand to isolate strains of Covid-19. The ICMR’s specialised research unit, the National Institute of Virology, was able to isolate 11 different strains.

March 14: The Ministry of Health and Family Welfare invoked the Epidemic Diseases Act of 1897 that temporarily gives it the power to take special measures and prescribe regulations for curtailing the effect of the pandemic.

The Ministry of Home Affairs invoked the National Disaster Management Act of 2005 and allocated the State Disaster Response Fund (SDRF) to the states to mitigate the spread of Covid-19.

Advertisement
March 13 to 15: The government suspended all existing visas, except for limited categories. This was 4 days after Italy had gone into a lockdown.

March 15: The Spanish government nationalised all of its hospitals and healthcare providers and announced a 15-day lockdown with a message that it may be extended, if necessary.

Meanwhile, the ruling Bharatiya Janata Party (BJP) at the centre was distracted by brewing political crisis in Madhya Pradesh, one of India's largest states. The ruling Congress state government has been left fending off a floor test after a key leader Jyotiraditya Scindia left the party to join rival BJP, and took along hoardes of other legislators with him. Precious time that could be devoted to containing coronavirus was lost to power play.

The World Health Organisation praises India’s response. “I think the commitment of the Indian government from the top level has been enormous, very impressive. I am very impressed that everyone has been mobilised,” says Henk Bekedam, WHO Representative to India, reportedly said.

Maharashtra state government shuts down everything except essential services while the Haryana government mandated ‘work from home’ for firms in Gurugram. Meanwhile, Indian Railways decides to keep crowds off stations with a five-fold hike in platform ticket prices.

March 19: As China records a second consecutive day of zero coronavirus infection, India records the sharpest single-day rise in infections to over 180 since the coronavirus outbreak. Rupee hit a record low of 75 against the US dollar and the Indian benchmark index Sensex had lost over 30% of the value since the start of 2020.

Indian Railways cancels 155 pairs of trains with effect from the next day until the end of the month.

Indian Prime Minister gave a motivational address to the nation to observe a voluntary 14-hour lockdown on Sunday (March 22), called the ‘janta curfew’, with a possible hint that it may be imposed again as he asked for ‘a few weeks’ from the citizens.
Advertisement

The same day Kerala government announces a financial aid package and other rules to contain the coronavirus.

SEE ALSO:
Important facts Prime Minister Narendra Modi must consider before his address to the nation


Advertisement
Rupee records a new low, trading at ₹75 against dollar for the first time


An Indian’s shopping guide during the coronavirus pandemic 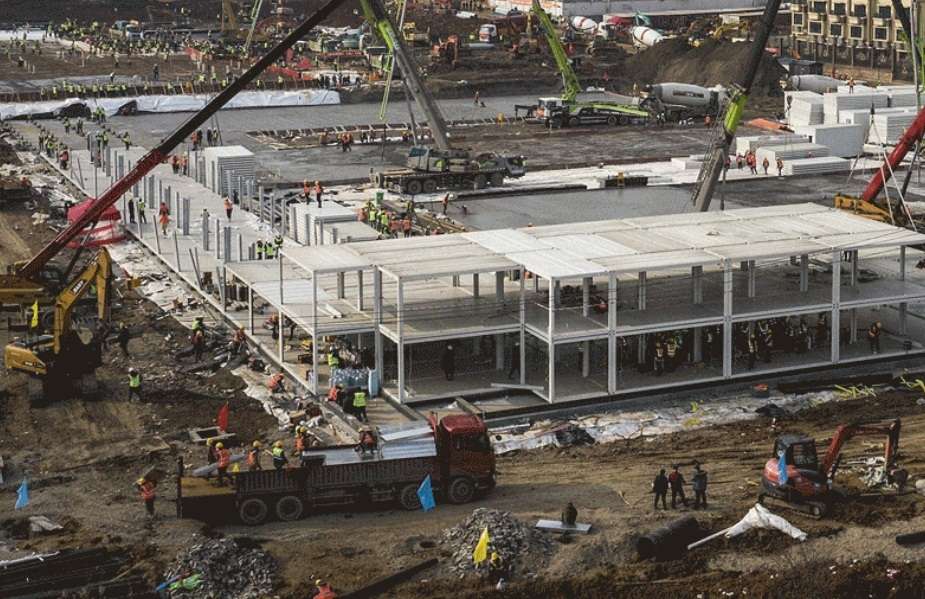 These are the coronavirus quarantine facilities in India