Apple released a beta version of Xcode 11.5 and the third beta of iOS 13.5. Similarly, Google released updates through the Play Services and Android Developer Studio.


API to be released publicly in May

The current release is only a test that is aimed at collecting feedback from the developers ahead of its public release in mid-May. After the public release, developers will be able to use the software features with publicly available apps released on both Android and iOS devices.

Advertisement
Apple and Google have said that they will be providing additional details about the API and its future releases on May 1. A sample code will also be released to show how it operates.

How will the exposure notification work?

Apple and Google will use the device’s inbuilt Bluetooth antenna to ping other smartphones in close proximity. Then, this data will be combined with people who voluntarily report that they have tested positive for Coronavirus.

Health agencies will use the data stored on the patient’s device to inform people who may have come in contact with the patient.

Google and Apple have said that user privacy and security are the most important aspects of the tool. Information about the patient’s location or identity is not shared with either of the companies.

The UK won't use Apple and Google's coronavirus contact-tracing technology for its app, sparking privacy worries about how people's data will be used

Governments Have To Decide Whether To Scrap Their Own COVID-19 Contact Tracing Apps In Favor Of Tech Built By Apple And Google. Here's What's At Stake.

Google and Apple are adding some key privacy boosts to their upcoming coronavirus-tracking tool, and say they'll shut it down once the pandemic is over
Advertisement
{{}} 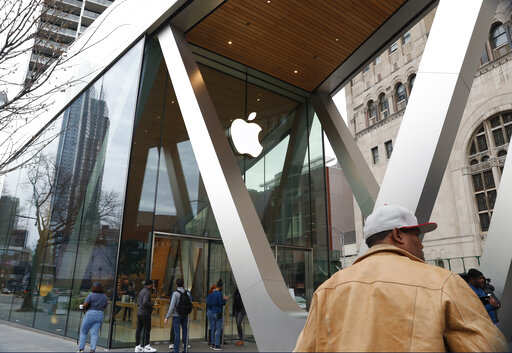