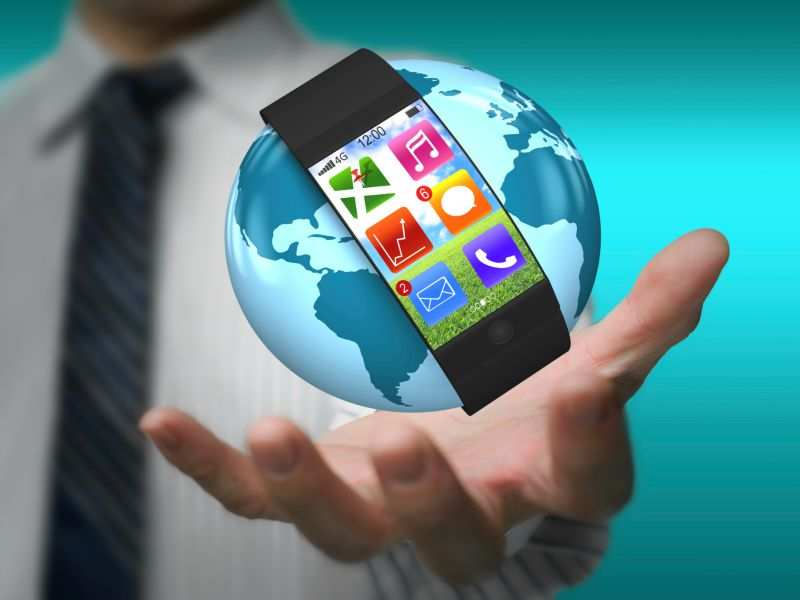 Social media is slowly entering our lives through wearable technology also and soon, there will be a time when people will use only smartwatches to record their online presence.

Though the option to read messages on does not feature in every wearable device, but in days to come, whether it is WhatsApp, Twitter or Facebook, technology, that’s on the move, will surely change the way it operates and expand.

Bite-sized information is surely going to be the future, with search options being narrowed down to the small screen size. This is already in Twitter where communication is in limited characters, an ideal screen fit.
Advertisement Voice updates and real time communication with specificities relating to location will be the direction where future would head. Those who adopt early will have the advantage of setting standards, than the ones who would wait to see the course and then toe the line.

Remember all those James Bond movies where Bond spoke to his agents using his watch-communicator and Matrix where Trinity teleported herself through a telecommunications line?

Advertisement
Well, we aren’t exactly there yet. But, the ever dynamic, expanding and potential laden technology sector never likes to dream small either.

Till a couple of years ago, technology wasn’t more or less static and restricted to computers and huge machines. But today, as we speak, the potential of technology is getting realized and how!

In this case, wearable technology will also be one of the leaders.
Advertisement Today when technology can be worn, the notion of cyborgs cannot be fully ignored. So when that old fashioned watch went out of the window with the arrival of mobilephone, the smartwatches will one day do away with the dependency of smartphones.

The Internet of Things (IoT), wearable data, coupled with expansion of the Cloud are the core areas where things will be the roadmaps of the days to come.

Wearable technology is pitted to become the single most aspect of modern life because this coupled with cloud technology can work wonderfully to improve the quality of life of people while tracking their health practices, egging them on to adopt a healthy lifestyle and ensure their activities are tracked in terms of long term benefits.
Advertisement This apart, it can also send out important indicators to health professionals, on problems faced by individuals or communities, before the situation turns worse thus adding economical and quality benefits to the overall lives of people.

The use of Facebook and Twitter where people share their thoughts in real time, with a large group of intended or unintended individuals, wearable tech will soon gauge the market through massive groups of people to understand and experiment with its utility.

Because, when wearable tech innovates, it cannot run trials to understand the viability. Instead, people on social platform will provide important feedback, while furthering the possibilities of wearable technology.
Advertisement (Image: Thinkstock)