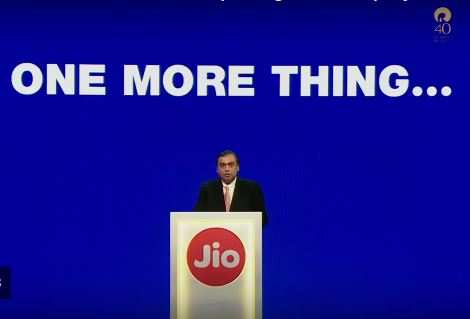 Reliance Jio&rsquo;s feature phone was one of the most talked about announcement and made sure it was worth it by launching a &lsquo;smartish&rsquo; feature phone that was &ldquo;effectively&rdquo; free, finally putting to rest all the speculations about the pricing of the phone before its launch. It&rsquo;s now clear that the new feature phone from will be a single sim phone. It has to be an important decision for Jio to take as making it a double sim phone is not such a big deal or an expensive feature. It means that is only meant for Jio sim. With the announced plan for Jio phone, it is certain to disrupt the entire feature phone market and the plan makes sure that the Jio feature phone users will be tied down to Jio services for minimum three years if they want the phone for free.

The compact single sim Jio phone has 2.4&rdquo; QVGA display, torch light, FM Radio, Camera and other such feature phone features. The phone will powered by VoLTE and Jio have already announced free voice calls. However even though the phone have single sim tray, Jio phone is not going to be a locked phone. Existing Jio consumers can move to Jio phone with the same number. While the phone is not locked but Jio phone can only be used with Jio sim. Jio has also announced a connector with the phone that will help customers connect Jio phone to all TV sets(not only smart TV) in order to view video content from phone directly on the TV sets. This feature can prove extremely fruitful to Jio considering feature phone users are mainly in the rural areas and modes of entertainment in rural areas are limited hence data on their phones can be their sole medium for entertainment.

Advertisement
It not certain at this point if there is going to be a dual sim Jio phone at a later stage. Single sim phone will go on sale from September and can be prebooked on the Jio website by registering for the JioPhone. Reliance JioPhone&rsquo;s pre-bookings will start from August 24, though the public beta testing officially starts on August 15.