All users have to do is completely zoom out and they’ll be in outer space. Before the update, Earth was placed against a black background. Now, Google has integrated stars to make the planet look more realistic.

However, unlike the web browser, the Google Earth mobile app doesn’t let you travel to other planets like Mercury, Venus or Mars.


Advertisement
Since users don’t have the option of travelling to other celestial bodies — there’s no ‘Star Trek’-like whoosh either.

The Google Earth mobile app has been updated to show what Earth would look like from outer space.

Other features worth exploring on Google Earth
Unlike Google Maps, the default app for navigation, Google Earth provides a satellite view of the planet. The Voyager feature allows users to explore unfamiliar terrain with accompanying video stories — like Kakapo, the endangered parrot of the night or follow the Beatles on tour with Beatlemania.

Another way to explore the planet is by using the ‘I’m feeling lucky’ feature that will transport users to random cities in different countries around the world. Google will share a short description and important details like population, points of interest, and similar places like it around the world.

Users can also measure the distance between any two locations using the in centimeters, meters, or even nautical miles. As you move away from the selected location, the Measure Tool can calculate the distance in any direction.

Overall, Google Earth still has a long way to go before catching up to the feature available to users through the web browser. However, it manages to provide an engaging experience for wanderlust users looking to explore new places on-the-go.
Advertisement

See also:
Researchers blame Google Maps for misleading Uber drivers and have created their own AI model to count roads 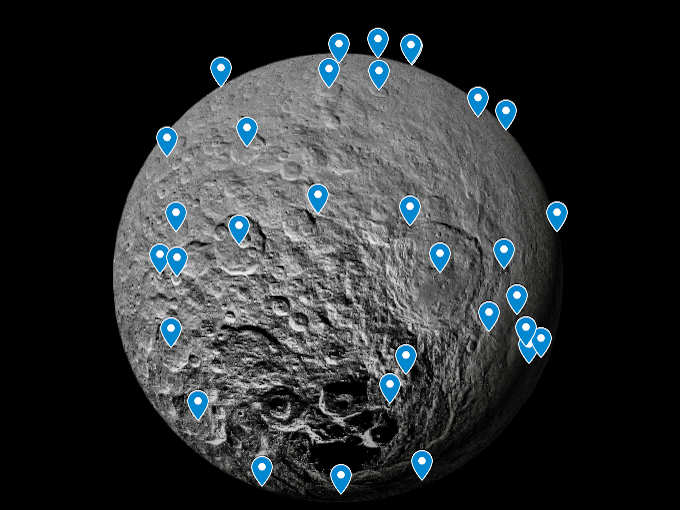 The Google Earth mobile app has been updated to show what Earth would look like from outer space.
NewsletterSIMPLY PUT - where we join the dots to inform and inspire you. Sign up for a weekly brief collating many news items into one untangled thought delivered straight to your mailbox.
CAPTCHA: